Where do I find the correct Clickatell credentials for my third-party application?

Clickatell supports multiple formats for its messaging APIs – especially since over the last 20 years, new technologies and standards have emerged.

Instead of retiring older APIs (also known as ‘deprecation’), Clickatell continues to support many of the most popular integrations provided by SMS Gateway (formerly known as ‘Developer Central’).

However, the (newer) Clickatell Portal has a different API signature with an improved authentication model, which at face value is incompatible with the original SMS Gateway.

Fortunately, there is a workaround that enables older integrations (especially those undertaken by third-party platform providers) to function with the new Clickatell Portal.

On your third-party application, first, see if you can find a space for the API Key: 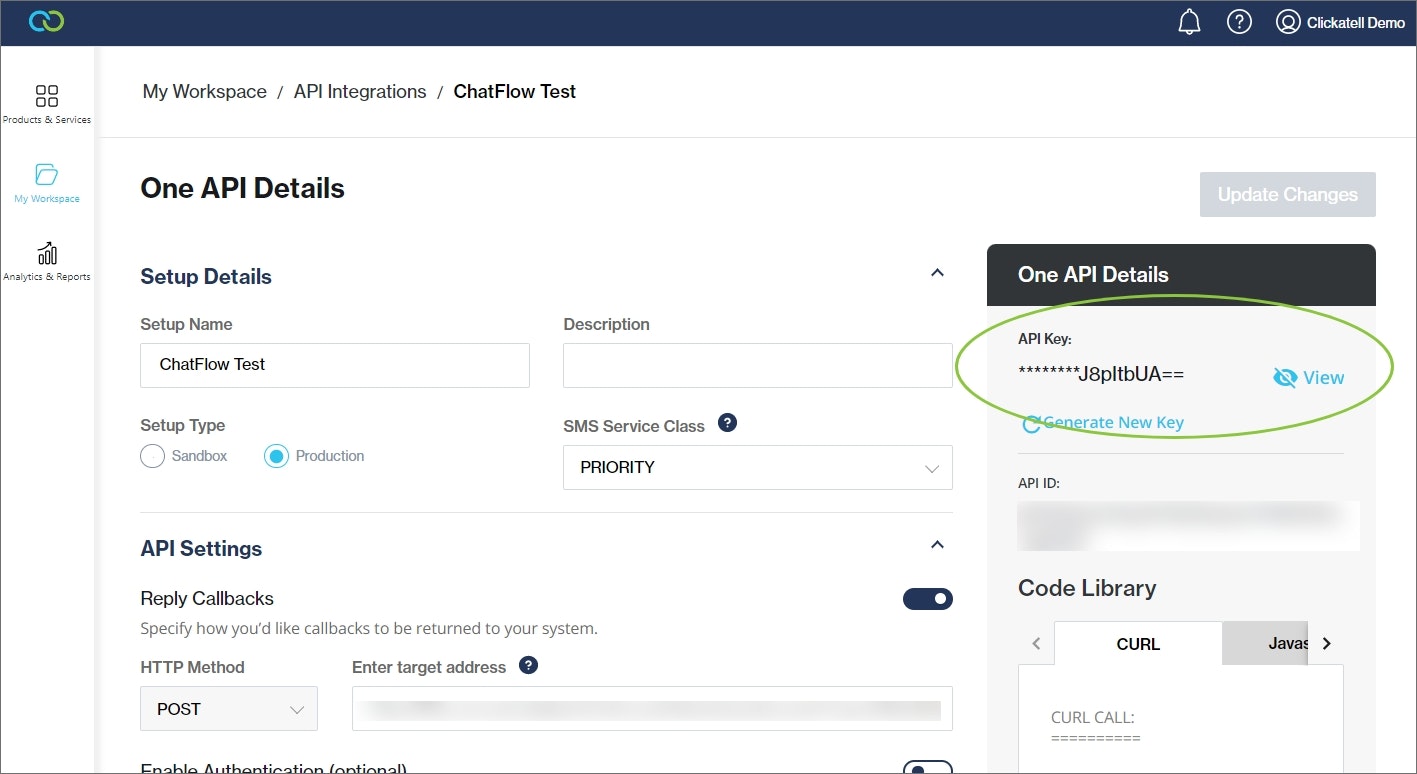 How to use the newer credentials in your third-party application

The equivalent fields from the (newer) Clickatell Portal to use are:

Was this article helpful
0 out of 1 found this helpful

How do I enter the tax ID correctly for my country?

What are the fees associated with A2P 10DLC service registration?

Visit Stack Overflow to join our community of developers and find the answer you need.

Contact our support team and one of our agents will be in touch with you to answer any questions you have.