If, like us, you are interested in the future of technology and AI in particular, the chances are you have seen or heard Brett St Clair speak. This tech visionary, ex-Google, ex-Barclays and a seasoned keynote speaker and podcaster, is now the Chief Evangelist Officer at TeraFlow.ai - a company which specialises in making AI work with powerful algorithms. He recently spent some time with the Insight Circle team sharing his vision for a collaborative, decentralized future, where decisions are made quickly and accurately, and powered by data.

In this first of a two-part series, Brett shares some of his thoughts on what is driving technology trends and digital transformation, as well as giving us a rare glimpse into which specific technologies are on his radar, right now.

Brett is a big believer in non-traditional career paths. Which he says is just as well as he freely admits his school report cards were certainly not covered in distinctions. He proudly admits that his eclectic resume includes everything from barman to security guard.

“It turns out I did have a skill and that was coding. This fuelled my love for travel and I moved around the world, working in 32 countries, on projects that focussed on deploying technology in the heyday of mobile. I returned to South Africa, family in tow, and had my first experience at a failed start-up. In fact I have been involved in four failed start-ups, but I think I have it figured out now,” he says reassuringly.

Aside from his experience in startups, Brett has an impressive array of senior positions at global multinationals, including Chief Digital Officer at Barclays Africa, where he launched a world-first with chat banking in Facebook Messenger, as well as first Country and then Regional Manager at Google Cloud.

Brett says it's not just his love of transferring knowledge that moves him, but also his passion for problem solving. And it was this that led to him taking on the role at Barclays in 2015.

“I love banks, they have big challenges. I had a great time working with my 750-strong team to digitally transform the business. We did some really big projects shifting, re-engineering and redesigning the digital architecture of the bank,” he shares.

Reflecting on what it takes to get businesses (and humans) to commit to change Brett says the pandemic was just the push so many needed to embrace digital.

“It takes an extreme crisis to shift real change. Covid is a perfect example of this - helping to bring us all online. But in order to effect change there has to be a ten-fold benefit from what we had before. Or, the pain needs to be lessened ten-fold. If there is just a small improvement, why should I change? And so Covid has brought the pain needed to motivate change and has clearly demonstrated that we needed a ten-fold improvement if we hoped to survive,” he says.

AI user experiences - giving an edge to the customer journey

Brett believes that understanding data in real time is the biggest tech trend at the moment.

“The way we traditionally run our businesses is by using static data sets that come in a report or spreadsheet. But if you had to look at your business just 18 months ago, it looked very different than it does now. And in 18 months time it will have changed again. We have to make decisions really fast. Accessing meaningful insights in real time means you can compete in a world that is constantly changing. While I hate the term ‘fail fast, fail forward’, there is just no way you can do that without real time insights,” he explains.

Hyper personalisation is another area that Brett sees impacting businesses in the short-term. He believes that when we are able to understand a customer’s journey down to a microdata point is when meaningful improvements can be made. He believes that by analyzing the data that resides within each company’s ambit, companies can isolate the microdata needed to build exceptional customer journeys.

Brett’s passion for AI becomes evident when he explains how it can assist in the customer journey. He says AI helps businesses understand the desires of customers. And, by tapping into the microdata points in a customer journey, leaders can better understand what moves customers, deliver what they love, and fix whatever problems there may be.

Circling back to solving banking challenges, Brett says we will need to pay attention to how people will be engaging in the future.

“Each channel has its own relevance. In South Africa you have to be on WhatsApp. But in the future the most important IP for organisations will be the language that they use when engaging with their staff and end-users. We know that the future UX will be voice. Everyone will be walking around with an intelligent earpiece giving instructions to companies’ bots. By centralising all the natural language programmes and letting the engines learn we will make real headway,” he predicts.

We were especially interested to hear what technology trends Brett is tracking that are impacting him and his team at Teraflow.ai and, true to form, his answers show his passion for problem solving at a large scale.

Breaking things down a bit, ​​Brett says his cloud interest is focussed on containerization and more particularly, open-source container-orchestration system, Kubernetes. He says these technologies allow developers to scale quickly, simply, and at a low cost - something that is imperative in a rapidly shifting digital environment and which is obviously a big plus for developers at larger companies who are often competing with nimble startups threatening to steal their lunch.

Unsurprisingly, when it comes to the world of data, Brett says he is a fan of Google’s BigQuery. This is Google’s fully-managed, serverless data warehouse that enables scalable analysis over petabytes of data. His interests also turn to graph databases which help developers interrogate how data points relate to each other and says he is an admirer of Neo4j . Finally, when it comes to ML library sets, Brett says he is leaning into the open source options which benefit from the communities of developers, data engineers and data scientists who are constantly contributing and refining the offerings. In this area he says he is following the development at TensorFlow and Pytorch closely.

In part II of the series, we look at Brett’s vision for how Africa can take its place on the global stage and he shares his non-traditional management style that helped him and his team navigate the uncertainty of Covid lockdowns. 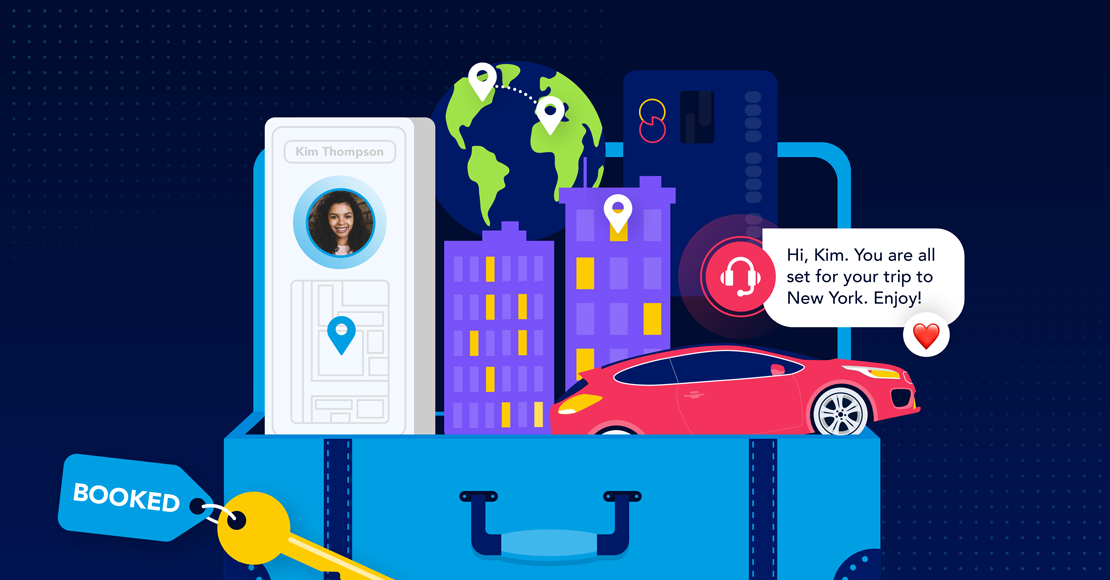 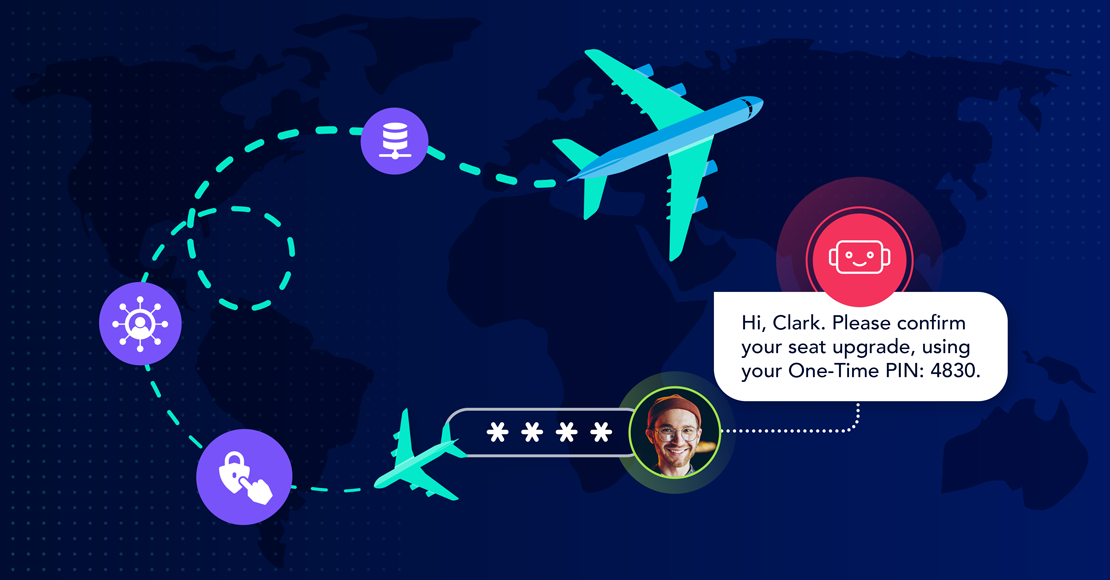 “Finally, travelers are prepared to splurge on their bucket list trips in 2023. Many people have realized tha… 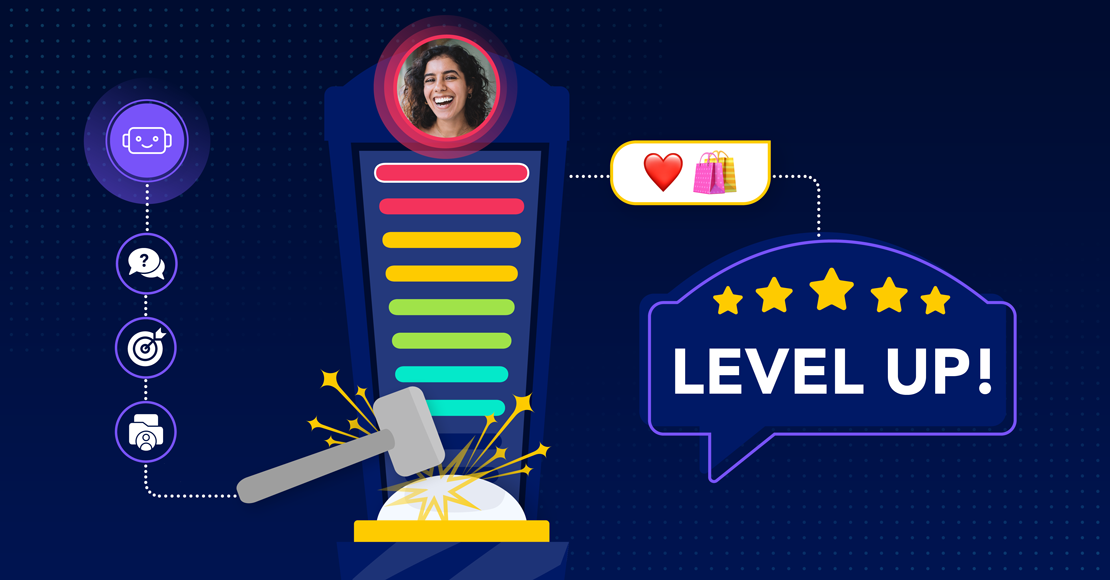 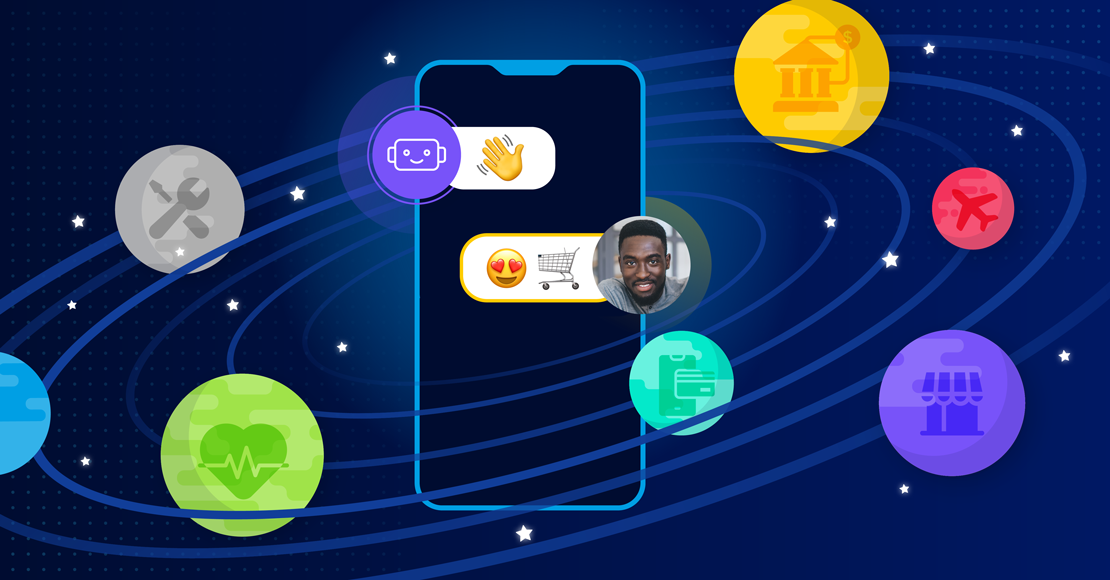 Use Chat Commerce to stay ahead of Shifts in… 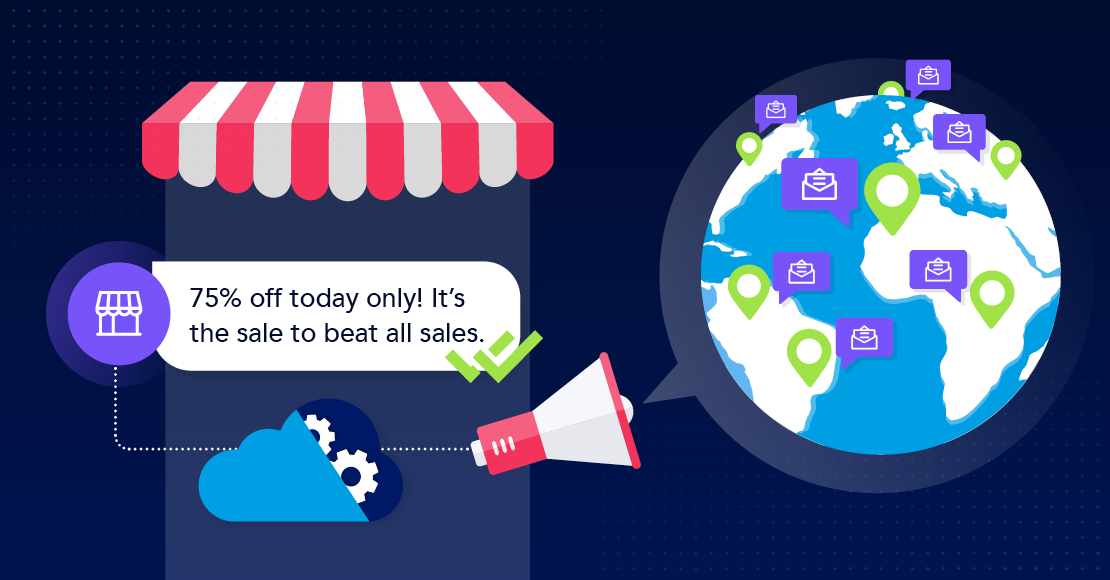 How to use SMS and Chat Commerce for Brand E…

“Consumers pick m-commerce again and again as their preferred channel for shopping. By 2024, global retail m-… 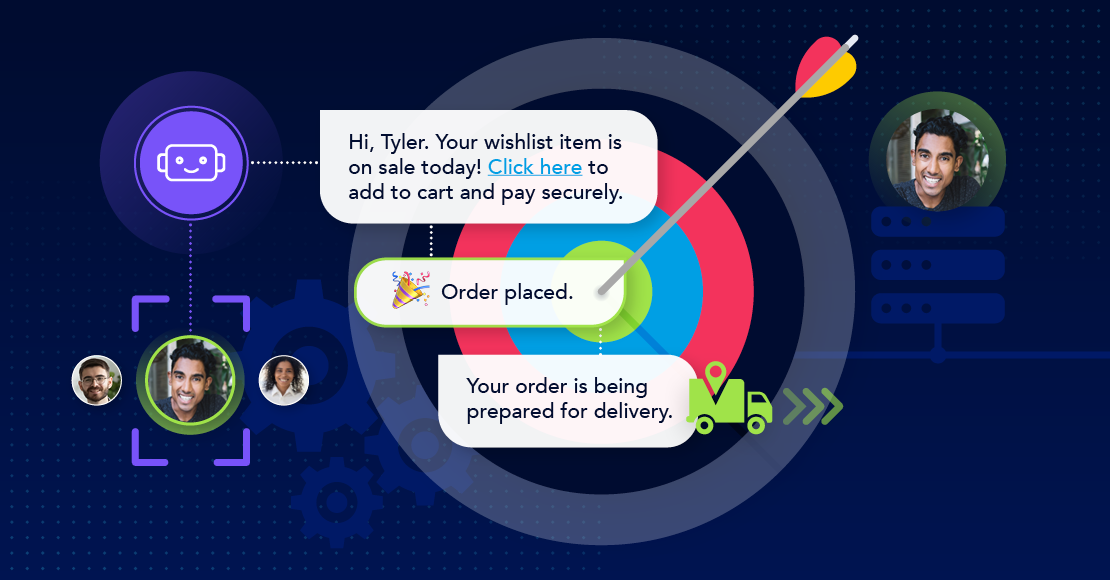 Use Chat Commerce for a Personalised Digital… 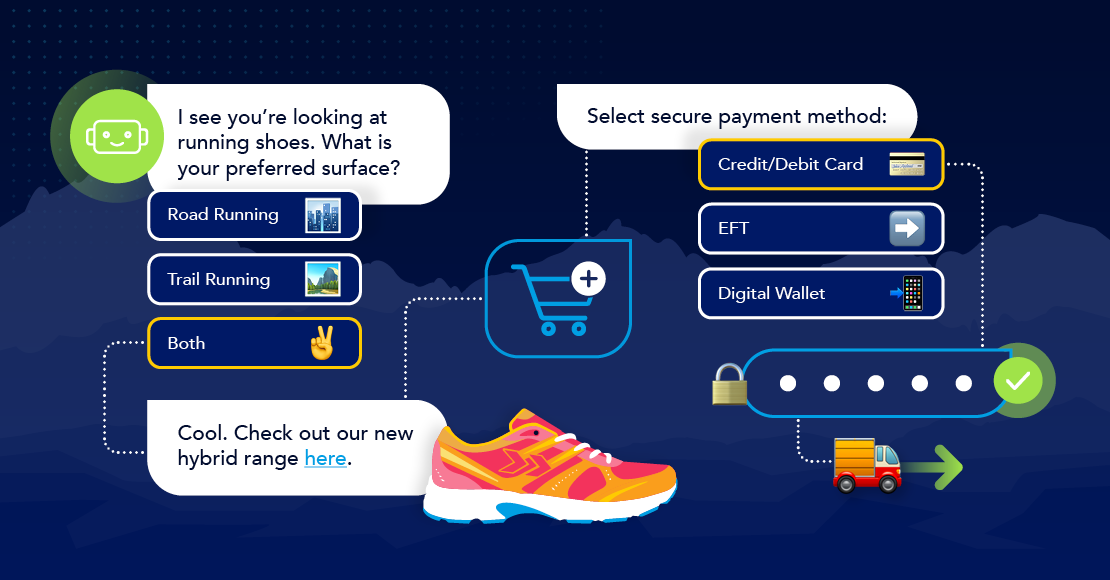 Use Chat Commerce for a Better Mobile Shoppi… 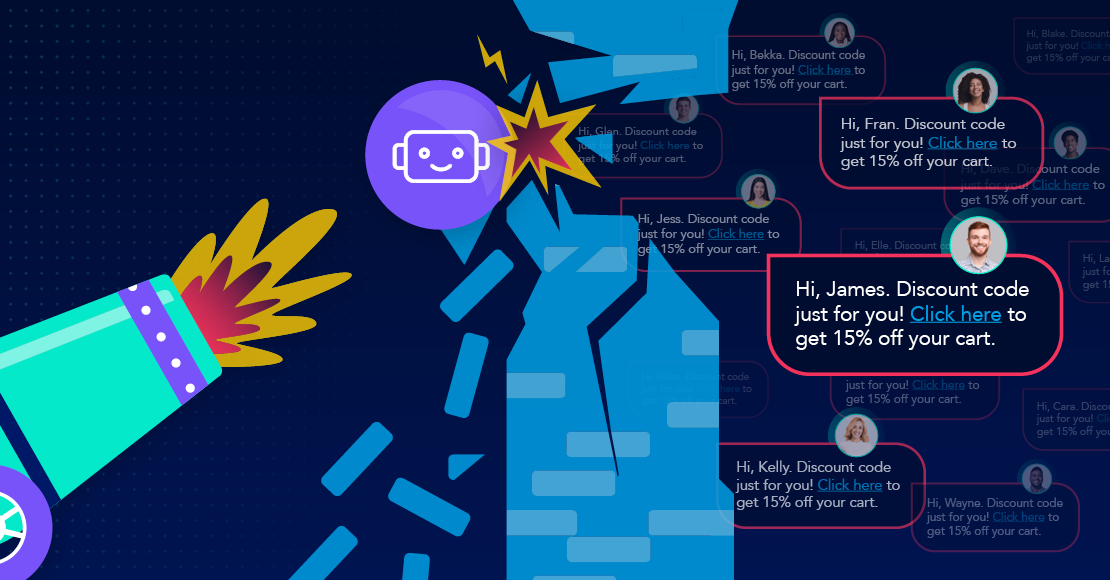 Higher engagement, open rates & CTR are just 3 of the many ways you can outmuscle your competitors when using…