This interview took place just before the COVID-19 lockdowns occurred in numerous countries. The themes of digital transformation discussed by Sanjib and our other interviewees have been accelerated even further by the events of the past few weeks.

In this first interview of our series on the Digital Economy, we spoke with Sanjib Kalita, co-founder and CEO of Guppy.ai and CMO at Money 20/20. Our conversation covered a wide range of topics, including why the Credit Bureau System needs to be reformed, how China is building advanced infrastructure for the Digital Economy, and how advances in Human – Machine interfaces could further change the economy.

We asked Sanjib to describe his career journey and how it led him to Money20/20 and Guppy.ai: “I started my career as an engineer and first worked at Intel as a graphics chip designer. After this, I went to business school and then worked at Citibank. I was at Citibank for nine years and left in 2010 to work on an educational technology startup with one of my best friends. We brought online classes to socially networked mobile apps in the early days of the app economy. We had a great product which in retrospect was probably ahead of its time. Then I joined a payments technology startup where another of my friends was the CEO. If you were a bank, business or consumer brand, you could use this technology to create your own prepaid card or other types of payment products. Google was one of our customers and they liked us so much they acquired us. I was at Google working on Wallet for a while and then left to build the Money 20/20 conferences.”

Sanjib explained why Money20/20 started: “Having been in the financial services industry for 10 plus years at that point, I saw everything was changing - companies like Google and even retailers and telecom companies were looking at payments. Existing events didn't cover this, and we wanted to create a place where everyone could be included regardless of industry. Money20/20 started in 2012 and was acquired in 2014. Post-acquisition, we’ve globalized the business with events launched in Europe and Asia.  More recently, I’ve been building on Guppy.ai - a credit bureau built on blockchain technology.” 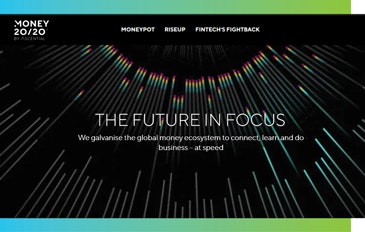 In a powerful LinkedIn article entitled: Announcing Guppy: The Next Generation Credit Bureau Sanjib described how a personal experience with a wildly inaccurate credit report led him to realize the need for a better solution. He also told us how his experiences on the business side reinforced the needs he saw as a consumer: “I had the benefit of working on the B2B side and feeling the business pain points. Before the consumer experience of my own credit data, I worked at Citibank where I helped manage one of the largest credit card portfolios in the world with millions of customers. Every six months we got questions like: ‘This data is not accurate; how can we get a better view of our customers? How can we make better decisions with better data?’ The existing systems were not meeting the needs. Besides my own personal experience with erroneous data, I also saw many instances where if a person had a common name like John Smith, there could be credit mix ups. In addition, if you are an international student, even though you might have lots of history and assets in your home country, once you cross the border it does not transfer. Even seasoned professionals who leave one country and go abroad can face the same issues.”

Giving Consumers the Keys to their Own Data

Sanjib described the problems of the current credit bureau system and painted a picture of how consumers could benefit in a new system: “In the current credit bureau system, the bureaus have data about us as consumers and they have data from our banks and financial institutions. It's theoretically our data, but the control, monetization and marketing of it is done by third parties which we don't have any control over. With Guppy we're trying to give consumers the keys to their data, so they can determine who has access to it, and if the data is bought, they should be able to have an economic share in this. Let's say, for example, you have a credit card account with JPMorgan Chase. You could get a message notifying you of new data from Chase or a related company and you can go and verify this data. Once you verify the data, it becomes a joint digital asset. Whenever a third party purchases this data, the revenue is split between the consumer and the bank so there's an economic incentive for verifying your data. And on the third-party side, they know the data has been verified by all parties.”

Sanjib explained the fundamental distinction between an economy based on physical currency and one that is digital: “When you're paying for something with a currency note or a coin it’s a relatively simple physical payment. But once you get into digitizing commerce and it happens at a distance, you're not getting a physical object but an idea that's represented digitally. This digital idea needs to be checked for fraud, for making sure you have the funds, and so forth. And then it's very much a data play. Once you get into data plays, it opens up a whole other world with questions like: ‘What were the circumstances under which the transaction happened? Might it happen again or was it a one-time event? Who is the counterparty?’ Answering these kinds of questions can help make the whole experience much richer in the future.”

Sanjib has spent a significant amount of time in China in recent years, and we asked him to describe what he saw and its implications for the Digital Economy: “China is building new roads for the digital economy, while in the US it seems like we are trying to retrofit existing infrastructure from the physical economy for the digital world. 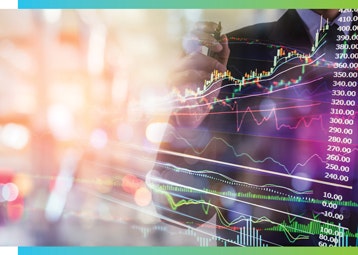 For example, in the US we still use plastic cards, whereas in China the credit card penetration was small, and the majority of the population went straight to mobile payments so there’s no need for a physical form factor. In China you have the concept of the super app like WeChat or Ali Baba, where the majority of your life and commerce occurs in the app. For example, it is the primary messaging, payment, e-commerce, and personal finance app, all bundled into one. In the US there's less data being shared across apps, so for example, Airbnb isn’t sharing data with Uber or Macy's. In the US, the consumer is able to create more boundaries around their data. Related to this, I think the average Chinese consumer is more comfortable with a sort of ‘all seeing entity’ watching everything, whereas I think this would ruffle a lot of feathers in the US. And then in Europe this is even more the case. I think in China there's a high degree of price consciousness -- if I can get a better deal by giving up my data, I’ll be more likely to do it. In the US, this price sensitivity of how much privacy consumers are willing to give up if they're getting something in return is higher. However, these dynamics can change over time. I remember when I first joined Citibank in 2001, consumers were afraid to put their credit card numbers online. The question was: Are consumers ever going to put their credit cards online? How do we make them feel secure about it? Now we're at a point where everybody, for most part, feels comfortable putting their credit card number online, but this took time. At some point, consumers recognized that the benefits of putting their credit card number online, either for price, convenience or access, were greater than the risks. I do think that consumer control is going to be a strong trend moving forward, and that's part of the reason why several years ago I thought Guppy would be a worthwhile endeavor to spend time on.”

Sanjib also shared thought-provoking insights on how advances in computer technology could impact the economy: “When you think about the human - computer interface and digitization, we used to have command lines like DOS where you entered a text command and it was fairly linear. Then we had graphical user interfaces and then touch screens. Cell phones before the touchscreen were very different, apps like Uber or Airbnb are so much easier with a touchscreen. Now we're seeing more audio interfaces with systems like Amazon Alexa or Google Home/Nest. The way that humans interact with computers brings about changes we don't foresee, and the next question is what types of commerce models might come into play when it's primarily voice? When you have voice, you need to figure out the context of the conversation, and then you are looking at Artificial Intelligence and related technologies to help you determine context. We are right at the cusp of a new wave and it will be fascinating to see what evolves.”

We are grateful to Sanjib for helping us kick off this series with such remarkable insights. We hope to continue our conversation with him as the series progresses and hope you will also share your reactions to anything Sanjib said in the comments section so we can pass them on to him for future interviews. 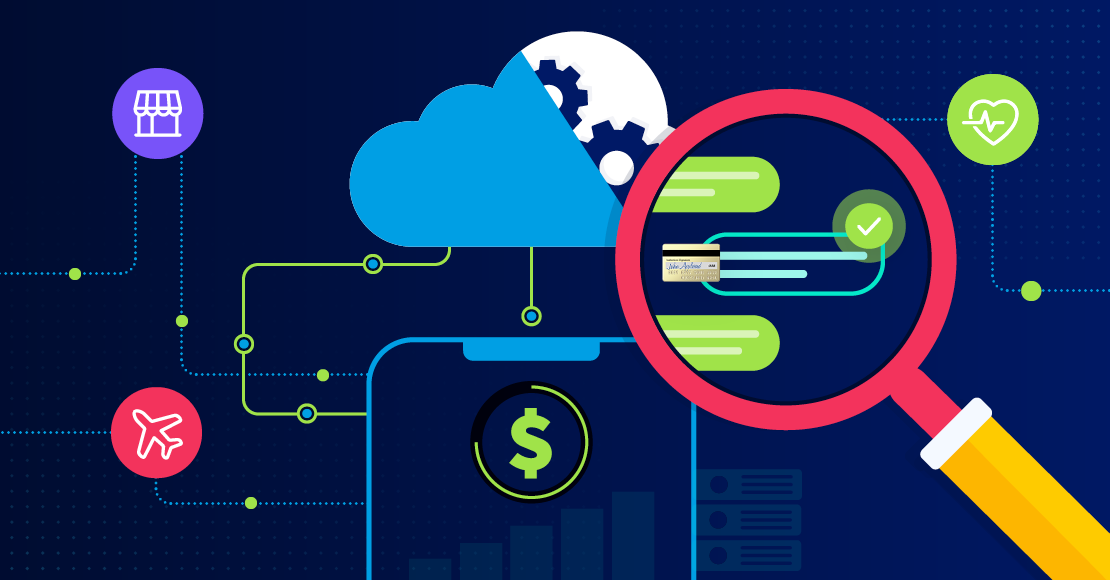 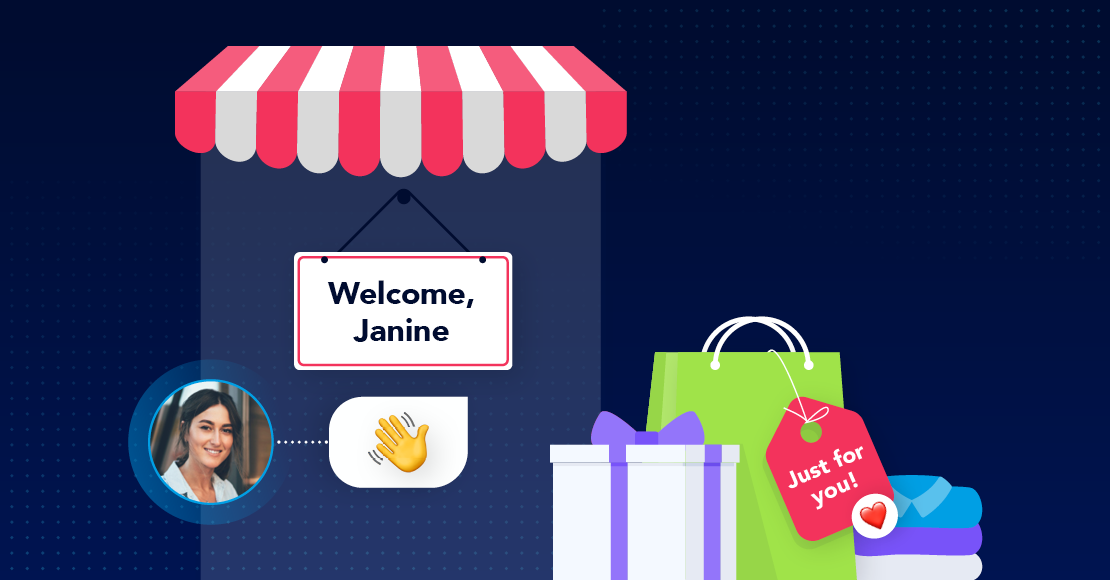 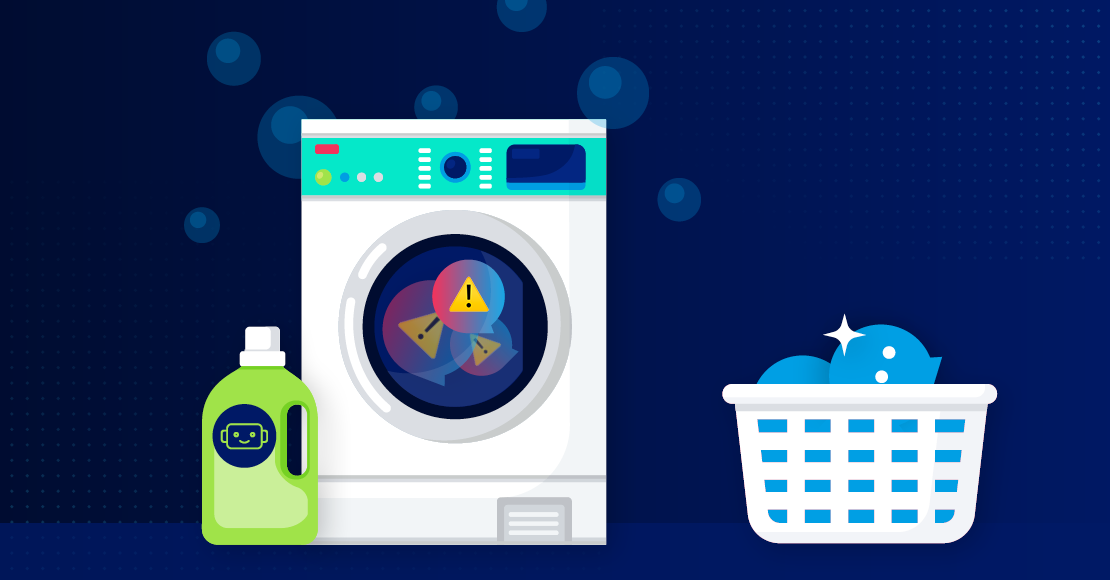 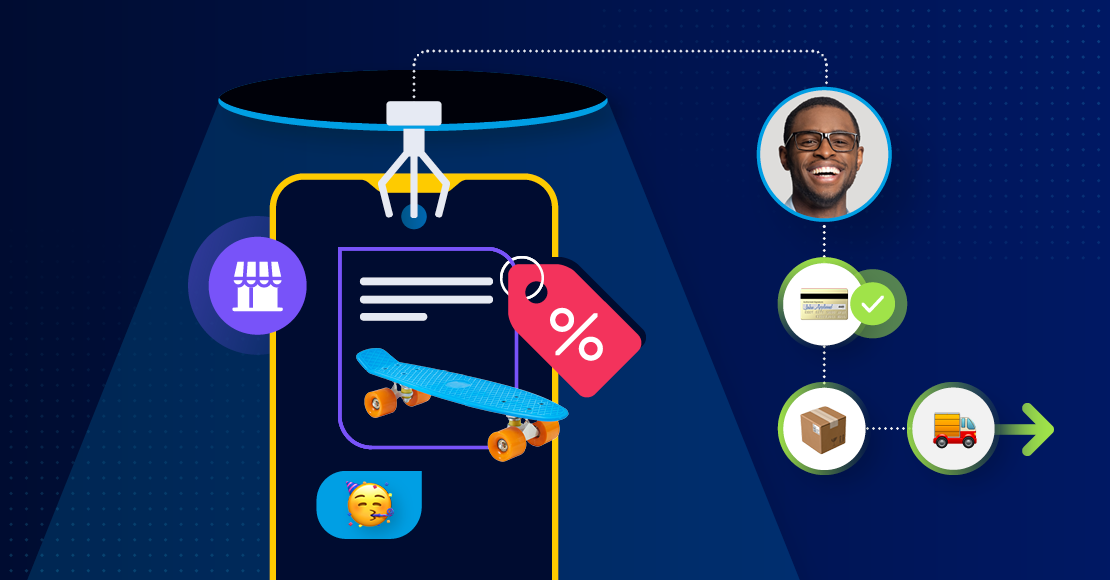 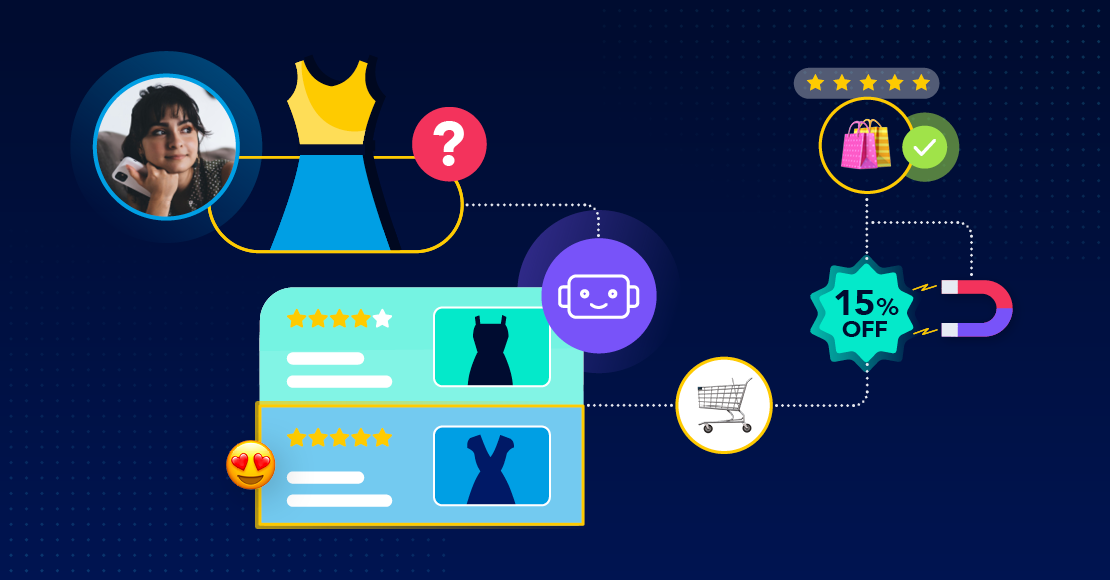 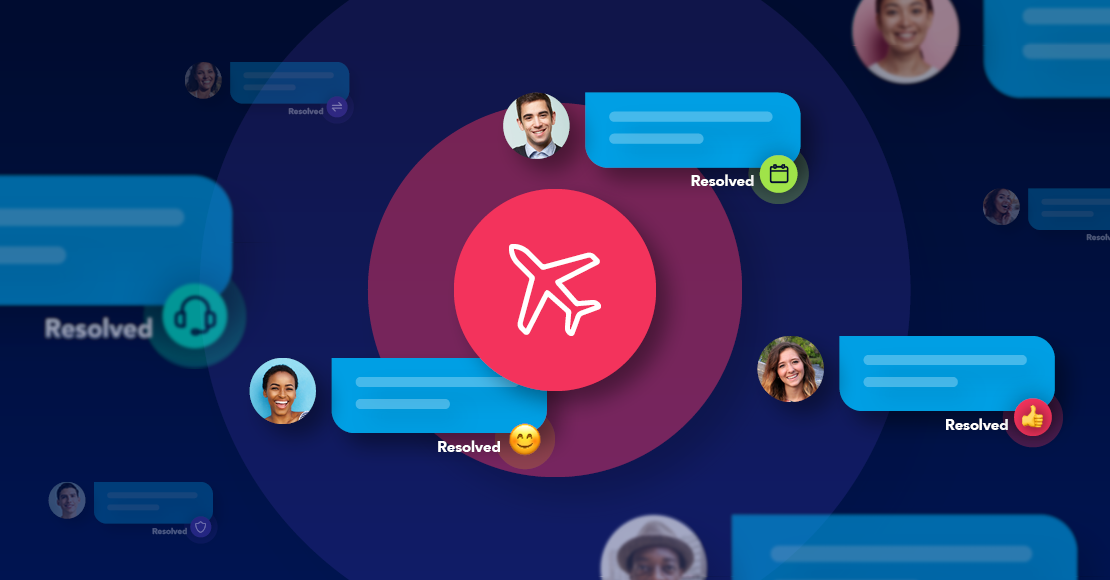 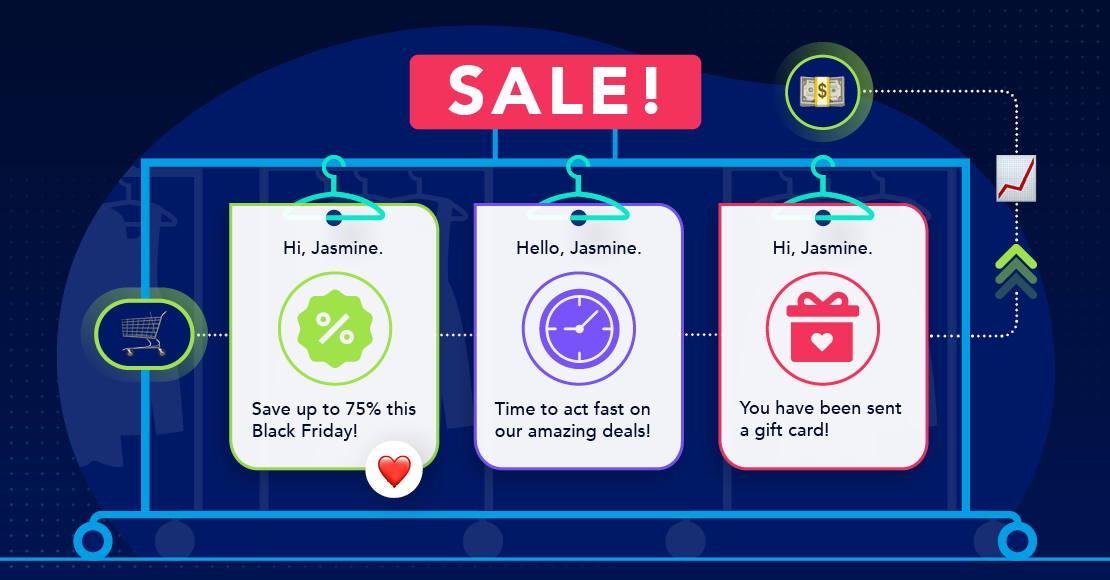 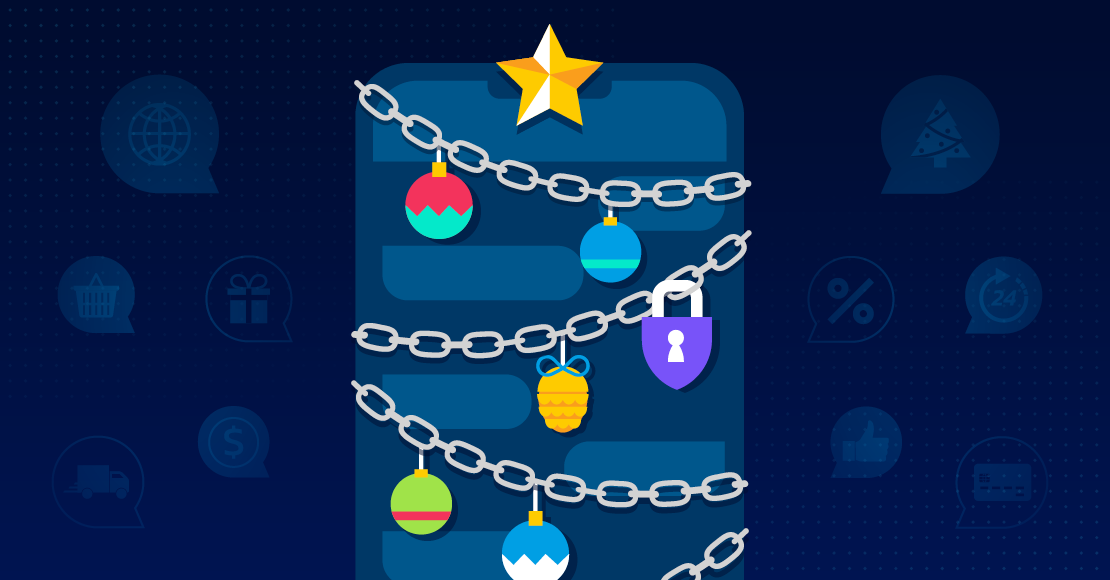